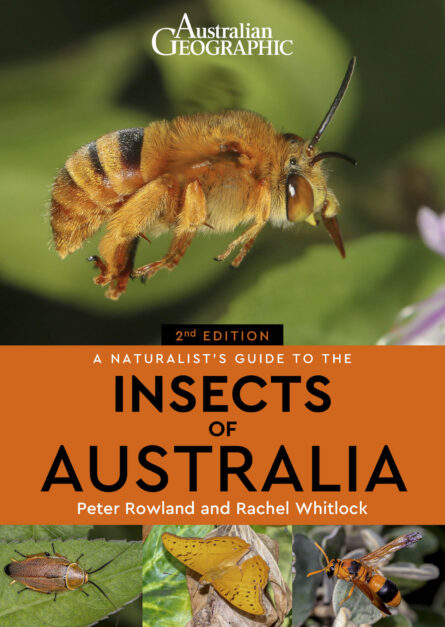 A Naturalist’s Guide to the Insects of Australia is a photographic identification guide to the 292 species of insect most commonly seen in Australia and is perfect for resident and visitor alike.

High quality photographs from Australia’s top nature photographers are accompanied by detailed species descriptions, which include nomenclature, size, distribution, habitat and habits. The user-friendly introduction covers modern Australian insects, non-insect hexapods and life cycles. Also included is a checklist of the insect families of Australia listing the number of genera, species and subspecies in each family.

Peter Rowland is a wildlife conservationist, educator and nature photographer, and worked at the Australian Natural History Museum for a period spanning 20 years. Peter has travelled extensively throughout Australia as a biodiversity consultant, and has written and co-authored 12 books on Australia’s wildlife. In 1999, Peter was the recipient of a Whitley Award from the Royal Zoological Society of New South Wales.

Rachel Whitlock has studied biological science at The University of Queensland (UQ) and the Queensland University of Technology (QUT), and is currently researching insect systematics and taxonomy. She is interested in exploring Australia’s unique faunal diversity and how evolution has helped shape it, alongside engaging and educating the general public about biodiversity and conservation.